Okay, I have to apologize to the person who emailed me about this issue. You’re not stupid. (I’m pretty sure I didn’t call you stupid, but yeah, I did think it.)At the time that I received your email I couldn’t believe that anyone actually had a problem with this.  Anyway, I saw this on some show the other day. Apparently there is some great quandary about whether or not you should friend an ex on Facebook, especially if you’re married now.

This is the way I see it, in general I try to limit contact with men who have seen me naked. It’s not something I’ve ever discussed with my husband. Back when we first got married, I said something to the effect that shouldn’t we have a discussion about our expectations. He just looked at me funny and said, “We know right from wrong.” And that was that. (Note, this is in regard to interactions with other men/women. We had plenty of discussions about other marital expectations. And, of course we’ve had lengthy discussions about the Close Encounters clause.)

I remember some time ago Billy Graham said that from the time he got married, he’s never been alone with another woman. I thought that was extraordinary, but in light of all the couples I’ve counseled who’ve apparently simply fallen onto or into an erect penis or vagina by accident, I think this is a good practice. It’s why, with few exceptions I avoid talking to males online outside a public forum. I don’t generally friend men on Facebook, again with a few exceptions. I figure, if I’m not talking to them, there’s no way to accidentally fall into any type of intimacy, emotional or otherwise.

That’s the path I’ve chosen to walk, and the next man who decides to stalk me because I won’t friend him on Facebook will most likely get shanked. It doesn’t make me a doormat or a white man’s whore, it simply means that this is how I’ve chosen to respect my husband and my marriage. 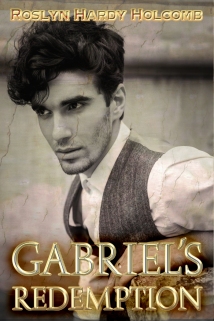