I just got a comment on Facebook from a reader who told me she laughed out loud at a scene in Try a Little Tenderness. Yeah, I’ll be floating off the ground for days off that one. For one thing, as you already know, I’m always desperate for validation, but more importantly, writing funny kicks my butt.

Humor is incredibly subjective. I’m more than that my sense of humor is a just a bit off-kilter. I worship at the altar of Monty Python. (Those of you who’ve read Try a Little Tenderness know this already.) For one thing there’s nothing I love more than self-deprecation and sarcasm. Both are a bear to do, they translate much better in action than in the printed word. They can really fall flat if not done properly. So, when I get it right it thrills me down to my toes.

In my current WIP, Pussycat Death Squad, I’ve got a scene that to me is laugh out loud funny. In fact, it’s so funny to me that it scares me to death. It’s either going to be a tremendous hit, or it’ll make people really look at me funny. Oh well, that’s nothing new.

I guess I’ll be in a lifelong struggle to improve my writing technique which I primarily do through reading a lot of really good writers. I think this is the only way to become a successful writer. My skills have improved quite a bit and I’m grateful for it. I’ve been surprised however, by how much my outlook as a writer has changed. I began writing primarily because there weren’t enough interracial books to suit the voracious book-a-day reader that I was back then. And because most of my favorite authors had segued into romantic suspense. A change that I loathed.

Imagine my surprise when a friend pointed out to me that Try a Little Tenderness is, in fact, a romantic suspense! No one is more surprised by this change than I am, and I’m not sure what initiated it. When Try a Little Tenderness first came to me I had planned for the virus search to take up no more than a couple of chapters. Most of the conflict was going to be bickering back and forth between Lola and Koss. As I wrote those scenes, however, they began to feel forced and unrealistic. They just didn’t suit the characters.

When I wrote the island scenes everything just clicked into place. In other words, I had no plans to write a romantic suspense, it just happened organically. I’m thrilled with the results, but never fear that I’ve jumped on some genre bandwagon. Nothing could be further from the truth. Apparently I don’t have enough sense to follow trends. 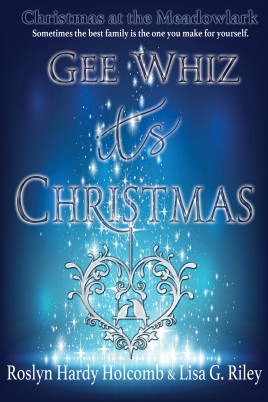